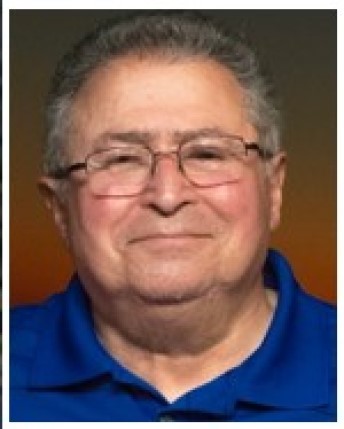 Shrewsbury – James A. “Jim” Gradilone, 81, of Shrewsbury, passed away peacefully on January 4, 2023. He is survived by his wife of 59 years, Patricia A. (Stuart) Gradilone; his children Jayme A. Protano and Michael J. Gradilone and his wife Lisa.

He leaves behind 4 grandchildren, Catarina and Christopher Protano, Matthew and Connor Gradilone, and extended family in New London, CT and Westerly, RI.

Jim was born and raised in New London. He attended Harbor Elementary School and graduated from New London High School in 1959. He worked at B and R Motors until joining the Air Force in 1961. He and Pat were married in 1963.

Jim served 2 tours of duty in Vietnam and was later stationed in Shemya, Alaska. His time in the Air Force also took him and his family to South Dakota, Maine and Nebraska. After retiring from the Air Force in 1977, he began working in Computer Sales for Data General, a job that brought him to Shrewsbury in 1981.

He enjoyed playing golf, traveling with family and friends, and fondly remembered July vacations on Martha’s Vineyard, and trips to the Caribbean in winter. After retiring in 2000, he and Pat continued to travel and spent many Octobers in Myrtle Beach.

Jim will be remembered for always taking care of his family, his skill with fixing cars and computers, his sense of humor, and his love of his grandchildren and grand-dogs.

Relatives and friends are cordially invited to attend a visitation period at the Chiampa Funeral Home, 5 Church Road, on the Common, Shrewsbury Center, on Friday, January 13, 2023 from 9:30-10:30 AM. His Mass of Christian burial will follow at 11:00 AM in St. Mary’s Church, 640 Main Street, Shrewsbury. Graveside service with Military Honors will take place at a later date.

In lieu of flowers please consider making a donation in Jim’s name to the National MS Society (https://www.nationalmssociety.org/) or the American Diabetes Association (https://diabetes.org/).