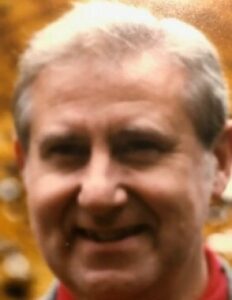 Shrewsbury – George Edward Goetz, 90, passed away peacefully with his loving family by his side at his home on July 25, 2021 in Shrewsbury. He was predeceased by his parents, Henry E. and Aureil (Corkett) Goetz; the love of his life, his wife of 61 years, Carolyn L. (Lowe) Goetz; and his daughter, Susanne Goetz.

George will be missed by his daughters, Linda Goetz and her husband Kent Wittler of Newton and Jeanne Vumbaca and her husband Dino of Hopkinton; his grandchildren, Ian Wittler, and Max, Henry and Maya Vumbaca; his sister, Virginia and her husband Jim Wagner of Westerville, along with their children and their families; and son-in-law Patrice Maleze of Kensington, Md.

Born in Brooklyn, N.Y., George recalled many fond memories of holidays with his family and friends. He received his bachelor’s degree from Long Island University and was inducted into the Army in 1952 with the 1st Infantry Division (“The Big Red One”) in Germany, where he played on the Army basketball team. George and his family moved to Arlington, Va. where George received his master’s degree at George Washington University and began his love of teaching at Washington and Lee High School. It was there he met Carolyn Lowe, a fellow teacher, whom he fell in love with and married.

George and Carolyn relocated to Piscataway, N.J., where they raised their three daughters. George believed education was important, and many family outings were spent at museums, and

cultural and historical events. George continued his career at Columbia High School where he spent 30 years as a beloved and dedicated teacher and school administrator.

Both George and Carolyn enjoyed a very active retirement, traveling to Central America, exploring and learning about the Maya, and throughout the U.S. and Europe. They purchased a time share in Cape May, N.J. and a lake home in Cooperstown, N.Y., where the family has many wonderful memories.

George and Carolyn started Leatherstocking Theatre Company in Cooperstown, N.Y. which they and dear family friend Sam Goodyear ran for over 10 years. George also continued to teach at Rutgers University in Piscataway. After the devastating loss of their daughter, Susanne, they relocated to Southgate at Shrewsbury to be near family. They made many dear friends and became very active in the Southgate community.

A Celebration of George’s amazing life will be scheduled at a later date.

Donations may be made to the ACLU or a charity of your choice in George’s memory.